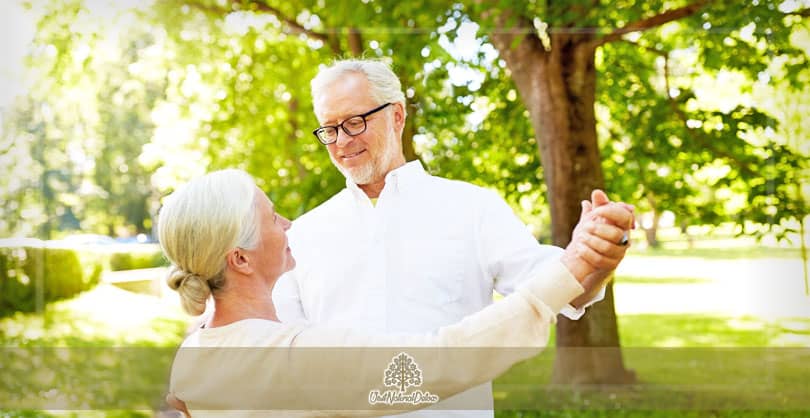 A wonderful and natural approach to cultivate balance within oneself is through the movement of dance. Let’s establish that humans are, in fact, animals. Play is a natural part of the animal experience, from dogs, to elephants, to us. The rigors of modern life often take away from us a relationship with our animalistic sides, and the opportunity for playfulness and fun is often buried beneath stress. In an attempt to tap into this natural wildness, and fulfill this deep primal need, many have turned to conscious dance as a means to connect with the deeper self.

Conscious dance is a moving meditation which engages our imagination, as well as our bodies. Attending a 5rhythms or ecstatic dance event is not just exercise, but an exercise in moving meditation and mindfulness. Cell phones and talking are forbidden on the dance floor, keeping everyone involved in the present moment.

Three of the most popular “styles” of conscious dance are 5rhythms, Ecstatic Dance, and Dancing Freedom. What separates these practices from more traditional dancing–whether classes or socials–is that there are no steps to memorize. The focus is, instead, on losing oneself in the music, and tapping into your own inner creativity, expression, and sensuality.

Another important aspect of conscious dance is its emphasis on healing. By creating a safe space for creative self expression and improvisation, people can reinforce their mind-body connection, which is vital to maintaining physical and mental health. Much like yoga, conscious dance inspires a meditative state and improves mental acuity, effective in all age groups, which can potentially reduce the risk of dementia and muscular atrophy. The most effective styles of dance for these benefits are those where you frequently make split-second decisions, as opposed to rote memorisation and repetition.

Dance is a great healer. Losing oneself in the music and the moment can serve as a way to change your emotional state, or as a diversion or escape from pain and stress. Conscious dance specifically can be a safe space to move through life stressors. While, to the uninitiated, each style may seem the same as the next, and they do all share an ethos; they are distinct in the specifics of their practices.

The oldest and most well established of these practices is called 5rhythms, which was founded in New York City in 1977 by Gabrielle Roth. Each class follows a set ‘map,’ with its own specific rhythm evolutions. Though it does apply a format the nature of the format is not steps, but modes of engagement. The most common ‘map’ is called “Waves,” which teaches embodiment of The Five Rhythms.

The first rhythm, known as ‘Flowing,’ is all about surrender and flow, allowing your body to move freely in the manner of its nature. This is much like a warm up, to get the blood circulating naturally through the body. The second rhythm, ‘Staccato,’ is considered the “fierce teacher of boundaries,” in which one addresses the full stop and freeze, engaging a completely separate part of the neural system of response with flash decision making regarding movement. The third rhythm, ‘Chaos,’ is where the dancers fully release and journey into the unknown with absolute freedom, moving at their own pace and with a release of conscious thought. The fourth rhythm, ‘Lyrical,’ is about coming out of chaos and a metaphorical rebirth, where energy is directed specifically for a goal, typically that of ease. Finally, there is ‘Stillness,’ which is actually more of a slowing down, than a lack of movement, with a focus on slow, tai chi-style movements to calm the system and rest into a meditative state, much like Yin Yoga practice and even some forms of Shavasana at the end of a yoga class.

Ecstatic Dance became popular in Austin, Texas in the 1990s, and from there spread around the United States, and to over 30 countries around the world. It is an extremely free-formed practice, less formally structured than 5rythyms. Many sessions include a warmup, opening circle (meditative intensions), and closing circle (meditative closure). Often a designed DJ’ed set is implemented to inspire work in a “wave of energy.” Ecstatic dance often appears to live in the rhythm of ‘Chaos,’ which makes it an excellent way to burn through excess energy, aggression, and frustration.

Dancing Freedom takes most of its concepts from Yogic and Buddhist traditions, meaning that is less of a dance practice as a lifestyle choice. The practice focuses on the seven “spheres of activation” called the Seven Fold Peace: peace in body, heart, mind, family, community, and ecology, as well as peace with the infinite.

Dancing Freedom will often include community aspects regarding meditation, community meals, mindfulness workshops, yoga, and sustainability. Dancing freedom classes tend towards a guided meditation methodology which allows a freedom from choice very akin to the meditative qualities of tai chi. The overall intention is to cultivate balance in life as a whole.

For those seeking enlightenment that doesn’t require so much sitting, conscious dance fulfils a spiritual need, as well as the physical, mental, and social benefits. At Wild Tribe we take a holistic outlook on life along the same lines as the practice of Dancing Freedom, 5rhythms and Ecstatic Dance. At our superfood cafe it’s easy to sit down and chat with the ‘like-minded’ on ways to improve on the self, and the world at large. Come visit us at Natural Detox Center and chat with our practitioners about ways to improve energetic and physical flow through diet, various meditation practices, and health treatments such as TCM cupping and massage.

Want to join the discussion?
Feel free to contribute!

The Powerful Effects of a Ketogenic Diet