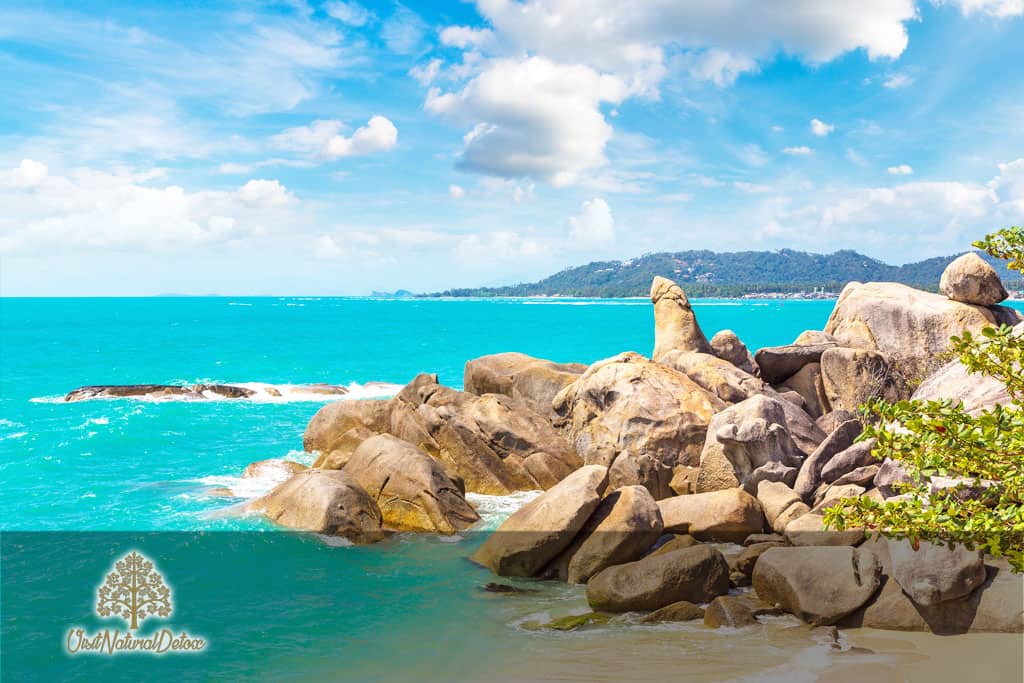 Hin Ta and Hin Yai are two of the most famous rocks in Thailand and are also referred to as Grandmother (Yai) and Grandfather (Ta) rock.

This spot has been the source of many a giggle for tourists visiting Koh Samui due their uncanny resemblance to the male and female genitalia. How they came to appear on the island is the result of a tragic but beautiful tale of folklore that you can read all about on the information board near the site.

The tale tells of an older couple who wished their son to become married. On a journey to a neighbouring island where they intended to request the hand of the daughter of a man who lived there, they were struck by a storm. Unable to swim ashore they died at sea, and instead became the grandfather and grandmother rocks that remain today – a message to the father of their son’s bride-to-be of their intentions.

The rock formation itself allows for beautiful views over the ocean and to neighbouring islands. The small white-sand beach is not suitable for swimming but is the ideal place to dip your toes and cool down under the hot sun. 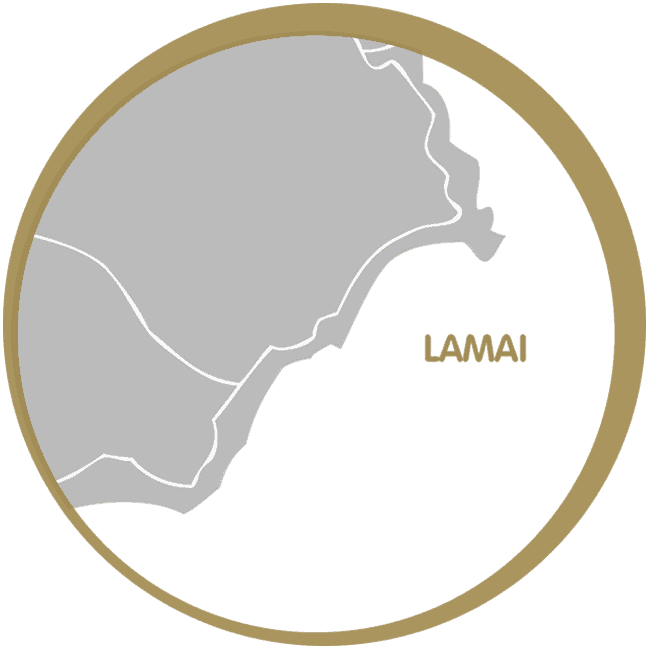 In the central stretch of the beach, you will find a couple of places to rent jet-skis, and kayaks, and there is also windsurfing, waterskiing, wakeboarding, parasailing, and speedboat charters available.

Lamai beach road in between the market and the bridge is now host to walking street. The whole of the street is closed off to traffic and is full of stalls selling clothes, handicrafts and food.

Lamai Night Plaza is a mini-version of Bangkok’s Patpong night market located in the centre of Lamai town. It’s a fun place to get your shopping in. Do not pay the original asking price; you’re expected to bargain.

Lamai Overlap Stone is located on a cliff top high above Lamai. It is a challenge to get up to these impressive balanced boulders, but the spectacular views on arrival make it worthwhile for the adventurous travellers.

The Golden Pagoda Khao Chedi (White Chedi Pagoda in Thai) is a ‘Srivijaya’ style chedi situated on a hill above Laem Sor. You get outstanding views to all sides from this vantage point including mainland Suratthani, Bang Kao Bay and It is, without a doubt, one of the best sundowner spots in Koh Samui.

Between Lamai and Hua Thanon lies two famous rock formations: Hin Ta and Hin Yai also known as Grandpa and Grandma rocks. These formations look like the male and female genitalia, respectively. What makes these rocks even more strange is that they are close to each other, giving way to a legend explaining how they came to be.

The Wat Lamai Temple has played host to temple fairs along with weddings, funerals and various religious festivals. It features concerts, fariground games, food and an outdoor cinema.

Wat Khunaram houses the body of one of Samui’s most famous mummified monk, Loung Pordaeng. Loung Pordaeng passed away 20 years ago and, by his request, his body was placed in a glass case.

The Revitalize Your Energy Program is our 14 night/15 day complete body transformation package. The goal of this package is weekly improvements and education alongside weight loss and fitness results. Daily Yoga Classes!

The Full Body Reset Program is our 7 night/8 day cleanse and introduction package. The goal of this package is to kick start weight loss and fitness combined with healthy eating.